For the longest time, I absolutely could not get my kids to eat Brussel sprouts. No matter what I tried or how I made them, they simply would not eat them. That is until I stumbled upon the game-changing recipe I’m about to share with you guys today. It makes a 5-ingredient garlic roasted instant pot Brussel sprouts meal that’s so good it managed to turn both of my kids into Brussel sprouts fans—and that’s saying something! All thanks to this mix of garlic, freshly squeezed lemon juice, and Parmesan cheese.

Other Good Instant Pot Brussels Sprouts Recipes for the Family

If you find yourself craving even more tasty ways to cook Brussels sprouts in your instant pot after trying this recipe, then you’re in luck because we’ve got you covered. Here are five more great recipes from some of my personal favorite instant pot recipe sites:

The recipe makes a 5-ingredient garlic roasted instant pot Brussels sprout meal that is so good it literally turned both of my kids into lifelong fans of Brussels sprouts. Wondering what the secret is? It involves a delectable combination of freshly squeezed lemon juice, garlic, and Parmesan cheese that make these Brussels sprouts taste absolutely irresistible. 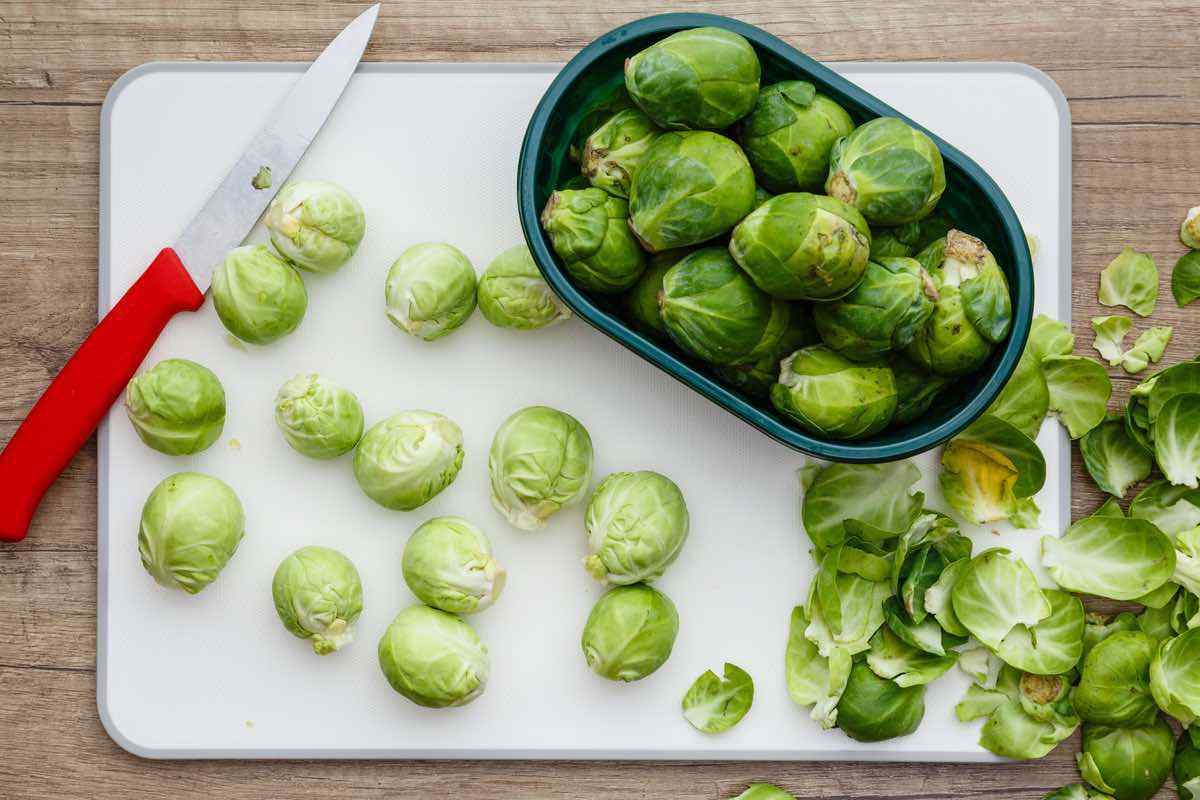 You’ll start out by placing the steamer basket in the instant pot and then adding one cup of water. Go ahead and toss in your one pound of Brussels sprouts into the basket, and then seal up the instant pot. 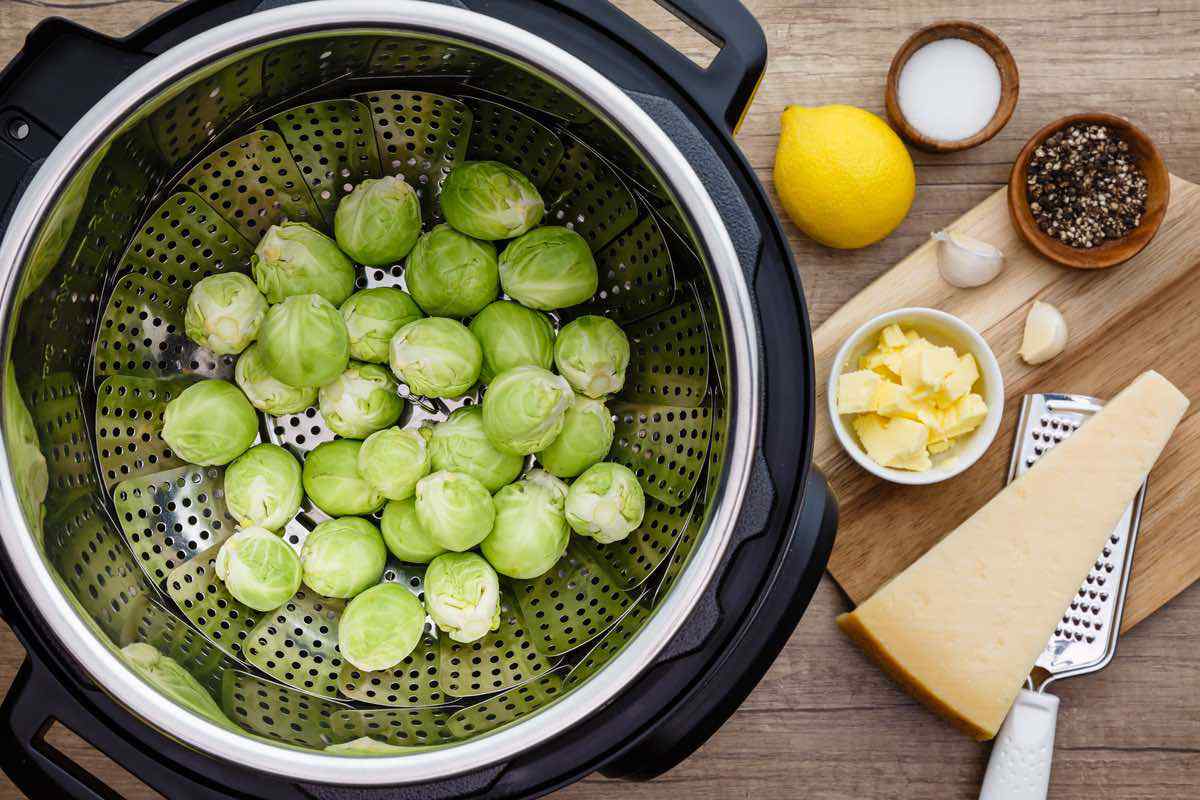 Press the ‘PRESSURE COOK’ button, double checking that the pressure level is set to “High”. Cook your sprouts for approximately two minutes before letting the pressure come down naturally for 10 minutes. You may then quick release the remaining pressure in the instant pot.

Being very careful, remove the steamer basket from the pot and wash and dry the instant pot insert. Return it to the instant pot, and then press the ‘SAUTE’ button. Leave it stand until the screen reads “HOT” before adding in two tablespoons of butter.

Next, add the Brussels sprouts back into the instant pot and cook them without stirring just long enough for the undersides of the sprouts to turn golden brown. You may then add in two minced garlic cloves, stirring the sprouts to get them turned over.

Press your instant pot’s “CANCEL” button next, and then drizzle two teaspoons of freshly squeezed lemon juice over top of them. Finally, sprinkle three tablespoons of freshly grated Parmesan cheese and toss your sprouts to combine. 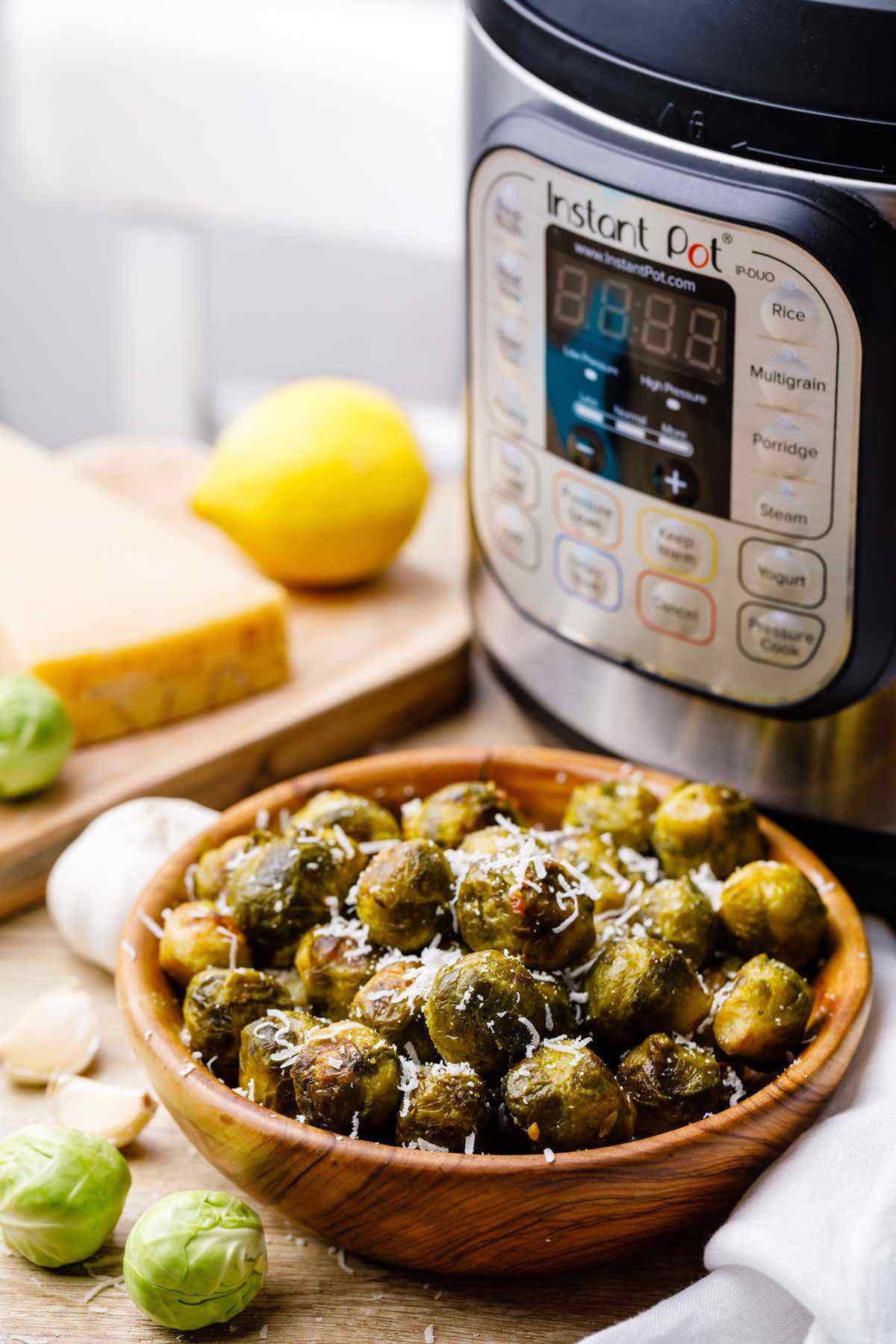 All that’s left to do from here is season to taste with a bit of salt and black pepper, and then bon appetit!

How Can I Make My Brussels Sprouts Taste Less Bitter?

You can reduce the likelihood of this happening with your sprouts before you even start to cook them. When you’re in the grocery store doing your shopping, you’ll want to look for Brussels sprouts that are:

Once you are ready to cook them, the easiest way to prevent your Brussels sprouts from turning out bitter is to saute them, or cook them in an instant pot, as is the case with this specific recipe.

If you are cooking your Brussels sprouts in a pan, make sure to use plenty of cooking oil (I like to use extra virgin olive oil for all of the heart healthy fatty acids that it provides) to help prevent them from sticking to the pan as well. 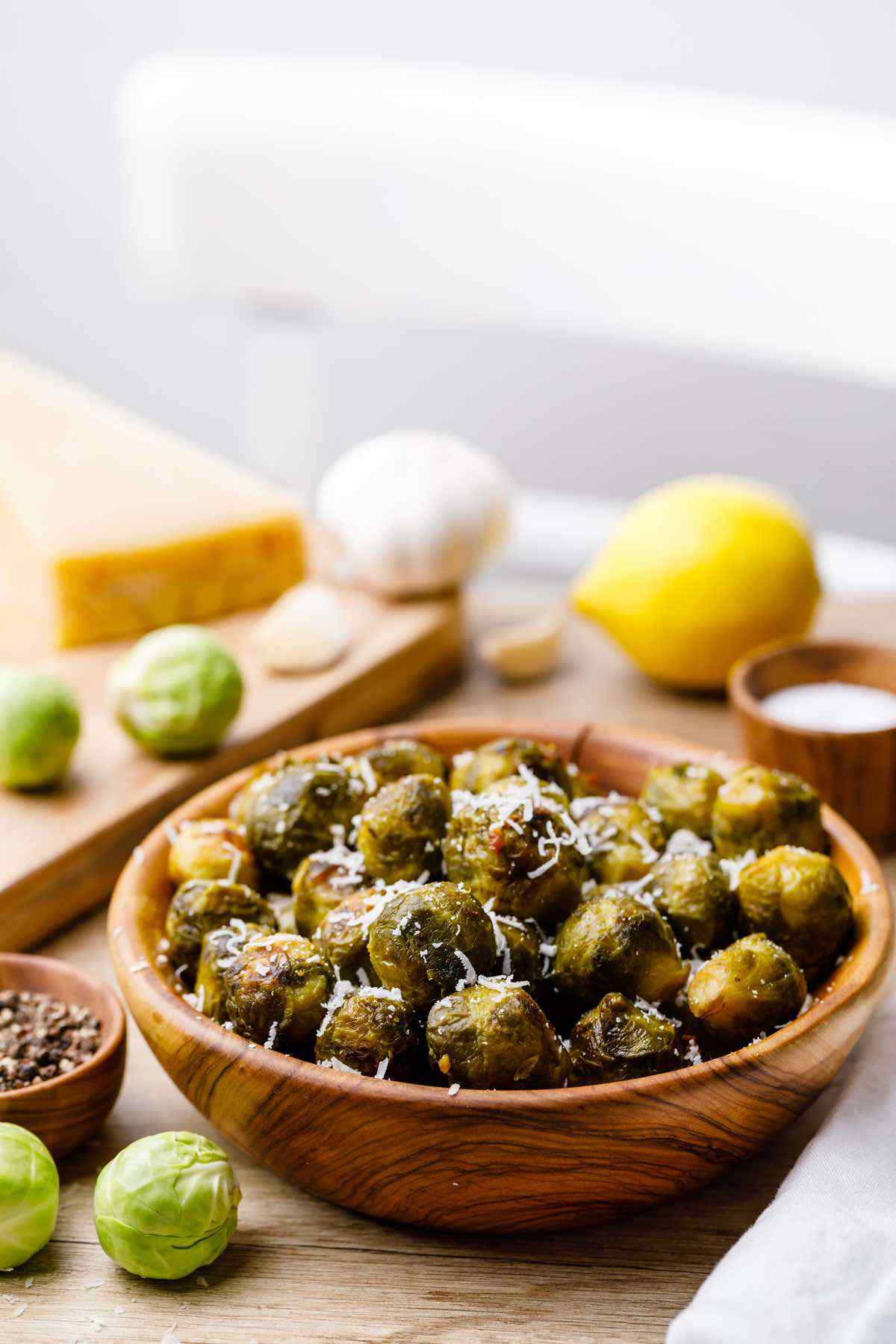 My Brussels Sprouts Ended Up Being Too Soft

If your Brussels sprouts ended up being to soft with the cooking time listed in this recipe, it could be due to its size and density. Smaller sprouts will cook through faster than bigger sprouts, but there is also the density of the sprout to consider. If yours ended up mushy, it could be due to small sprouts, less dense sprouts, or a combination of both.

The solution is to use that same batch of sprouts and reduce cooking time by a minute or two. 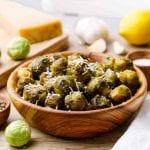